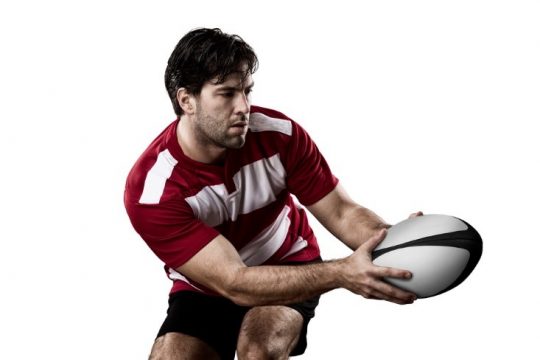 As a rugby Dad, I am certain that I spend far too much time reading into the game.

One of the most important aspects of rugby is the giving and catching of passes. For those of you that aren’t aware, the ball has to be passed backwards and the catcher is not allowed to let the ball spill forwards after they have touched it. Apart from these two rules it is a simple matter of throwing and catching….

Except that nothing in sport (or life) is that simple.

Both catching and passing are far from easy in rugby, and matches are won or lost on a bad pass or fumbled catch. But who is to blame? Is it the catcher or the passer?

Without going into too much boring detail, it is my belief there is not such thing as a bad catch or a bad pass. The aspect of passing and catching has two participants and they are both responsible for the successful outcome. Yes, the pass on this occasion may have been low, but it is up to the catcher to stoop down and make a bad pass into just a pass. On another occasion the catcher may not be able to make it, but maybe the passer should have considered the tackler breathing down their neck.

When it goes wrong, everyone has to shoulder the blame. Both catcher and passer have a responsibility to make it work.

For me, there are a few strong parallels with recruitment.

The triumvirate of recruiter / candidate / client are all responsible for a successful conclusion. People often see the candidate as the “passive” ball being passed from recruiter to client, but in actual fact their (timely) input can often influence proceedings hugely.

All three parties have their roles to play. If one of the other parties doesn’t quite do their bit, it is up to the others to make up for it.

There are no bad hires, simply wrong hires.

They are wrong because the three parties in the transaction didn’t care enough to get it right. The client wasn’t specific enough about their requirements, but the recruiter should have challenged them. The candidate wasn’t suitably motivated and left after a month, but the recruiter should have spotted the signs. The busy recruiter hadn’t given the client much of a brief on the candidate’s situation, but the client didn’t take the time to ask again.

Recruitment works best when everyone takes responsibility for an optimal result. If there is a “bad” hire, everyone has to look at their role in the situation and learn for next time.