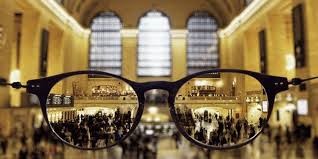 I had an interesting experience at the weekend, but it made me think about something….

I took my family up to London to see a show. Going into London is a real treat for my children and something that creates great excitement, though on this occasion my eldest daughter was a little apprehensive as she was very aware of the recent events in Paris, and asked me more than once if it was a good idea and if we were safe.

Of course, it is impossible to promise anyone absolute safety and even more impossible to spot someone that is intent on causing you harm, but given her concern and questions I was probably more on guard than usual.

As a recruiter, it is my job to be a people watcher. I am interested in how people decide to behave and in particular I tend to take note of one particular aspect more than anything else…. their smile!

So, on this particular day in London we were standing together on the Tube. It was fairly busy and in the corner of my eye, I caught sight of two guys talking to each other, there was nothing particular striking about the way they were dressed but there was something else that struck me as being different. They didn’t smile at each other at all during the time I was watching.

Now I know many people will point out that it is pretty rare to see anyone smiling on the tube, but these guys were different. In my experience people tend to travel on the tube with a neutral expression – it’s not a smile, but equally it is not a grimace – to me it is just indifference. These guys however looked like they were actually making an effort to look angry, they went out of their way to look “mean” as my daughter put it. Nothing about their manner suggested a smile, their eyes, their mouths and their body language was all the exact opposite of a smile.

Our tube stopped at a west end station and the majority of the carriage looked to leave. As anyone who has travelled the tube will know, getting on and off at busy periods is not a cordial experience, so with my children in tow I chose to hang right back from the “push” and watch. One of the guys I had been observing purposely fell heavily into the people waiting to get on the tube and then the guy he had been standing with made an effort to barge into the crowd and lash out at a guy who just happened to be there. As is usually the case, the commotion died down quickly and the two walked off with out as much as a second look, whilst all those around wondered what on earth had just happened.

What I would like to say with this blog is that you see in people what they choose to show you. Personally, I value the effort that goes into someone’s smile. In this case, the effort that they were making not to smile made me notice them.

I know we are all different and other people may look for other things. There must be a thousand-and-one attributes that people value in life and will be drawn to those who choose to show these traits with magnetic certainty.

I truly believe that it is important to pause for a moment and consider what other people look for and think about if what you are showing is what you want them to see.

As I said, I love it when people smile, it makes me smile even more, which I consider a real gift!