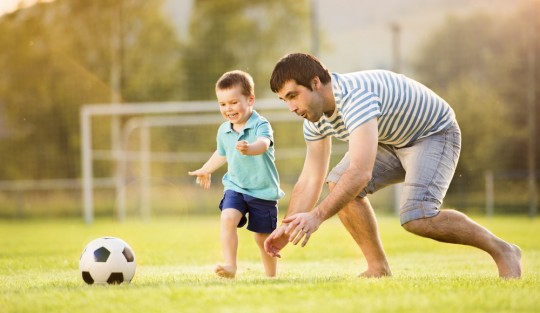 As proud parents on the sides of sports pitches across the world would agree, there are few greater joys than watching your kids perform.

Hours of catching and throwing practice as a toddler created a netball star. Gallons of swallowed water created a swimming sensation. Hundreds of laughable miskicks created a football whizz. They all started at zero and ended up as heroes (in the eyes of their parents, at any rate).

Most managers have a similar feeling when members of their teams are smashing their targets or over-delivering on their projects. They remember when they joined the team, slightly naive and wet around the ears. With a bit of guidance, they gained in confidence and although they are now speeding along under their own steam, they often acknowledge the role of their mentors in their rise.

No one learns to perform in a vacuum. There is always an example, a stimulus, or simply an encouraging voice.

When you have been that encouraging voice, there is nothing more rewarding than seeing it pay off, especially when you started to doubt whether it would. No path to performance is ever straightforward, and it isn’t only the “performers” who have doubts – keeping the faith is crucial for any parent, coach, manager or leader. When you do, it makes the moments of triumph all the sweeter.

As a recruiter, I’d like to think that I also play my part helping people find the most fertile ground for their talents to blossom. You need the space to grow, the right people around you to support you, and the right culture in which to put down roots. Matching up talent with opportunity is about finding the magic blend for each individual and each company. I have placed hundreds of people during my career and it is always a pleasure to pop by their LinkedIn profiles every now and again to see how they are doing.

Every now and again, I even get a message “out of the blue” from a previously placed executive, who simply wants to keep in touch. They never fail to acknowledge my role in their move, and always give me that little top up for my reserves of motivation. It is great when you watch people perform, but when they recognise your role they make it your performance too.

Gratitude should never be expected, but when it does come, it completes the circle. When someone is grateful, they understand what you have done for them, and they will be ever more likely to do the same for someone else one day.

There is therefore a greater joy than watching people perform – it is watching people whom you have helped perform and then having them come up to you afterwards to say thank you.

Who has helped you to perform today? Have you expressed your gratitude?