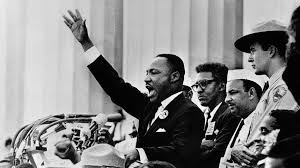 True leaders fight for their cause. They put their flag in the ground, draw their battle lines and fight the good fight until they have achieved their objective. Those who step back from their dreams are those who never get there. Those who compromise won’t ever feel fulfilled. Once their willpower has been broken once, it will be more likely to break over and over again.

I live out in the English countryside with my family. It is a blessed life, and one that we cherish fondly. Unfortunately, England isn’t the biggest country, and our government insist on keeping building over large parts of it. An airport here, new rail links there, wind farms dotted all over the place. Don’t get me wrong, I am not the nimby (“not-in-my-backyard”) type and am all for development, but there are still plenty of sites for development out there without destroying our beautiful wildlife.

I recently heard a story about a famous campaigner for the British countryside. He is a landowner and has been a leading voice in keeping the developers at bay. They recently offered him £275m to build a housing estate on his land, which was 100 times its nominal value. He dismissed the offer out of hand – he was tested, but he stood up for his beliefs.

The interesting thing was that he was surprised about the press coverage that this received. From his point of view, he had an opinion, and no amount of money was going to change that. He had the courage of his convictions.

It made me think about the people that we follow at work. We admire them; we seek to emulate them, and when they plant their flag in the ground, we are ready to fight behind them. We adopt their beliefs as our own, and we are proud to contribute to their cause.

Then they change their mind….

Circumstances dictate that they have to take a different course. It suddenly becomes more profitable to take a different approach. Their arguments become increasing less persuasive until they end up arguing against what they previously so fervently believed in. The winds of change have taken their willpower like a flimsy plastic bag and are blowing it all over the place.

The best leaders think through what they stand for. They are resolute in the face of adversity. They don’t care what it takes to achieve their vision but achieve it they will. They have always delivered on what they promise, and they give you no reason to believe that they won’t again. They know that trust isn’t something that can be fixed with super glue.

Being true to their beliefs is at the core of being a great leader.