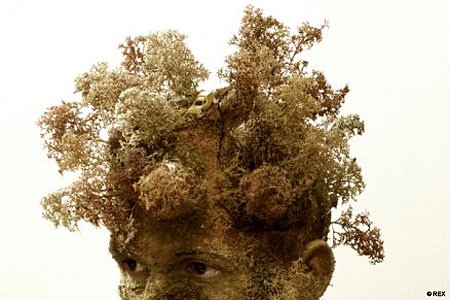 Summer is a time of plentiful growth in any garden, park or forest. Trees, plants and flowers strive to soak up the sunshine and ultimately seek to spread their seeds far and wide to ensure future generations. Their habitat is amazingly diverse, with many species having coexisted side-by-side for centuries. However, as with everything in nature (and many things in life), there is a counter force that keeps their growth in check….

When weeds take over, they leave a path of destruction behind them. They suffocate the existing species, overwhelming them with their rapid growth and denying them the vital sunshine that they require to flourish. Weeds are the enemy of diversity, taking over an ecosystem until they are the last ones standing.

A similar comparison could be made for our heads. The most fulfilled people live an emotionally diverse life, filling it with different experiences and ensuring that they are continually expanding their perspective. They challenge themselves in the workplace and are always keen to take on new responsibilities. They are open to different opinions and see their mistakes as opportunities to grow rather than setbacks.

This is an idealized picture, of course. However, everyone also has “weeds” in their heads, which restrict them from fulfilling their potential and stop them chasing their dreams. Some have more weeds than others, but I would like to share a few of the mental weeds that I view as being particularly invasive:

Laziness. The first few steps of any undertaking are often the easiest to take, but when something calls for real persistence, laziness can quickly bring an end to what started out so promisingly. There are also the “manjana” weeds of putting off until tomorrow what you could have done today. Weed killer: Energy

Fear. It can paralyse whole armies of battle-hardened warriors and it can certainly wreck havoc in your head. Fear can grow from the smallest doubt if kept unchecked – much like a weed in a fertile garden. Weed killer: Hope

Jealousy. When you are spending too much time looking at the gardens of other people, your own garden will become neglected and wither. Directing your energy and emotions at others may leave you drained when you need them the most.

Greed. There is the saying that “you can have too much of a good thing” and this goes for the garden metaphor. If you are greedy and pack a garden too full of plants, none of them will get enough nutrition and most of them will die. In this way, they act as weed for each other, sucking the life out of the ground. If you take more than your share, other parts of your life will inevitably suffer.

Anger. Anger can’t be described as a weed, it is probably more like a flood of emotions, washing away anything in its path, leaving devastation in its wake. All the good work that you do can be wiped out in a fit of anger – it doesn’t matter how long you have nurtured a relationship, anger can destroy it in an instant.

We all have these weeds in our heads from time to time. The most important thing is to recognise when they pop up and do something to eradicate them as soon as possible.

If you let them grow, you are in all sorts of trouble….