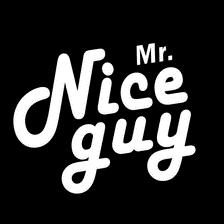 When your job is all about exploratory compromise, trying to be nice definitely helps.

“Nice” is one of those difficult words to pin down, but for me it means that you are accommodating to the needs of others. You try not to put your needs over their needs as much as possible, and you adopt their goals as your own.

There have been many times when I have refused to put candidates forward because I didn’t believe that they were enough of a fit for a role. My wife often asks me why not, why don’t I at least give them a chance of impressing, but I simply don’t want to waste my client’s time. Being a nice guy means putting your client first, but it also means that you miss out on potential fees every now and again.

Too many recruiters try to sell “their” options of whom would fit for any given role, but the nice guy recruiters realise that unless the client needs are being met, it is unlikely that a new hire will stay for long. They might not make that particular placement, but the hiring company will appreciate their honesty, and they will likely give them another chance.

Another aspect of being a nice guy is being generous with your time.

Any recruiter has a thousand and one tasks to complete, but we have to be humble enough to remember that when a candidate is looking for a job, their entire livelihood is at stake. They are not a piece of meat, they are not stock to be bought and sold, they are a father or a mother with a family depending on them. Giving them that extra two minutes for feedback or encouragement won’t take too much out of your day and it might give them that crucial spring in their step. They will remember you and they have been multiple occasions where my candidates have become clients. Being nice makes commercial sense.

Recruiters have a reputation of being aggressive. However, those that I know (and who have been running their own businesses for many years) are the most accommodating of individuals. It doesn’t mean that we won’t challenge the thinking of a client, it simply means that we will take their views as the starting point for discussion rather than insisting on our agenda. When your aim is to earn commission, it is hard to start with any agenda other than your own, but once you have done it enough, you realise that clients are remarkably open to being persuaded. If you do it in a nice way….

I suppose a synonym for nice is pleasant. That is what I would like people to think of me when they come off the phone or leave the meeting. I would also like them to think that I am knowledgeable, reliable and focused, but pleasant is the first impression that I would like to leave. When you are working closely with someone, that is what makes life that little bit more agreeable.