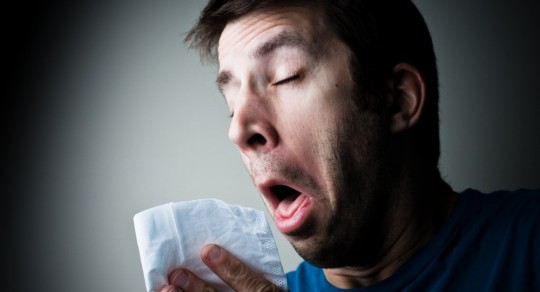 You let out a thunderous sneeze, and your nose starts to stream. You have known this feeling many times before and you know that there is little that you can do. An allergic reaction has kicked in, and you have to get away from the stimulus making you sneeze.

A decision is looming on the horizon.

That fills you with a sense of dread. You might not really be sneezing and spluttering (although it is easy to imagine the debilitating things going on in your head), but your reaction is as automatic as an allergy:

You do everything in your power to delay making that decision.

Or you try to palm the responsibility off onto someone else.

There are various reasons why someone might not like making decisions. One of the big ones is that they fear making the wrong decision, but it is far better to make the wrong decision than not make any decision at all. No decision will never move you forward, while even a wrong decision can offer a degree of learning and there is always a chance to make amends.

You might feel that you are allergic to making decisions, but take some allergy medicine and face up to taking the next step as soon as you can. When you avoid a decision, it looms larger and larger over time, and something fairly trivial can seem truly monstrous.

I often wonder whether this unwillingness to make decisions is intrinsic to someone, something as natural to them as courage or humility. Some people seem to have such a deep-seated inability to make a choice that they float along in life answering questions with other questions and letting others take the responsibility when the critical moment is long past. They will let the quality of their lives suffer because of the absence of a decision, lest making the decision make it even worse.

Honestly, such people drive me a little mad.

When you ignore the need to make a decision, you close the door on opportunity. When you are satisfied with the status quo, you (and those around you) will slowly stagnate as the world whizzes past you at a rate of knots. You see, no one exists in a vacuum. Your inability to make decisions will have knock-on effects for many others, but in the short-sighted haze, you can only see the ramifications for yourself. If you defer the decision, nothing much will change, right?

Such thinking is the antithesis of the wonderful and fast-paced world that we live in.

I love it when a candidate comes into an interview and speaks about how they purposefully moved through their careers. Something happened, and they made a change. That change worked out a bit differently that they had expected, but it created an unexpected opportunity. They then had a chance meeting that changed their life. At every stage, they were on the lookout for how the circumstances around them could be moulded to their favour. At every point, they were making decisions to take their lives forward.

Decisions are for the brave. Without decisions, we are nothing.